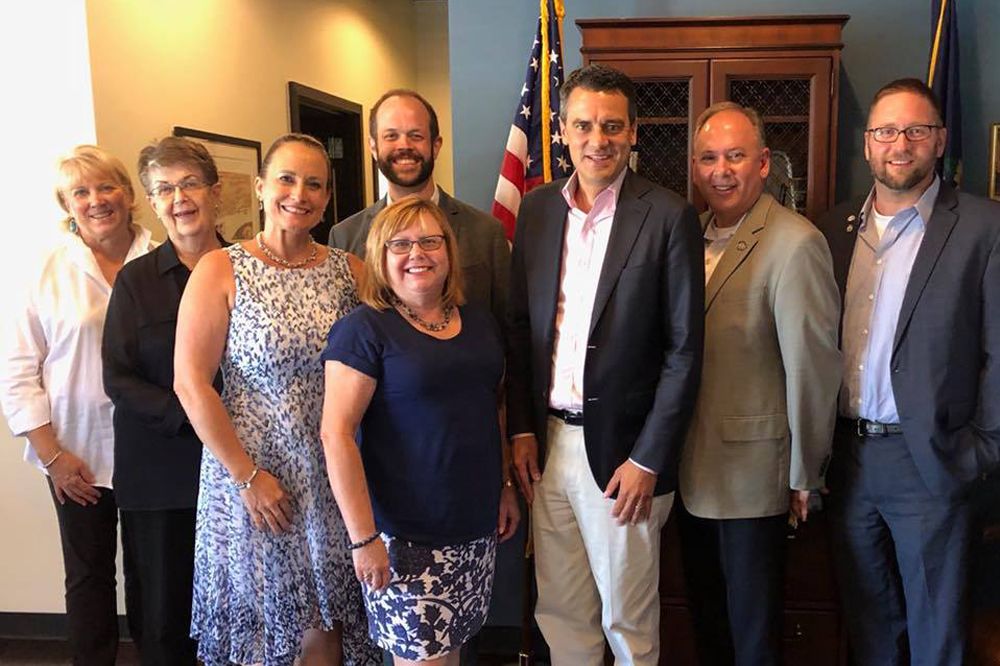 KCRAR members met with Kansas Congressman Kevin Yoder this
week to speak with him about issues related to the Real Estate Industry, including
the National Flood Insurance Program (NFIP), tax policy, and Net Neutrality.

NFIP – Yoder
recently voted in favor of long term reauthorization of NFIP in the 21st
Century Flood Reform Act, passing it through the House of Representatives
237-189. This would reauthorize NFIP until Sept. 30, 2022. NAR is still asking REALTOR®
members to reach out to their Senators to make that happen. Take NAR’s Call for
Action here.

Tax Policy – Since
2007, the tax law has included a temporary provision that excludes from tax the
amount of mortgage debt forgiven in a short sale, a mortgage debt
restructuring, or when a deed is given in lieu of foreclosure. This temporary
provision has once again expired, as of December 31, 2017. When meeting with
Yoder, members stressed how this provision has given vital financial relief to
many millions of distraught homeowners who found themselves devastated by not
just a reduction in their home equity, but another crisis such as a job loss or
family illness that caused them to have to sell their home short, default on
their loan, or go through a restructuring with their lender. Congressman Yoder
supports extending this provision.

Net Neutrality – NAR supports the establishment of “common-sense rules of the road” that will ensure the internet is an open, competitive place for consumers and for businesses, preventing internet service providers (ISPs) from blocking, throttling or establishing paid prioritization (internet fast lanes). Congressman Yoder supports this approach to net neutrality and that the internet have equal access to everyone, including small businesses.
#governmentaffairs #kansas